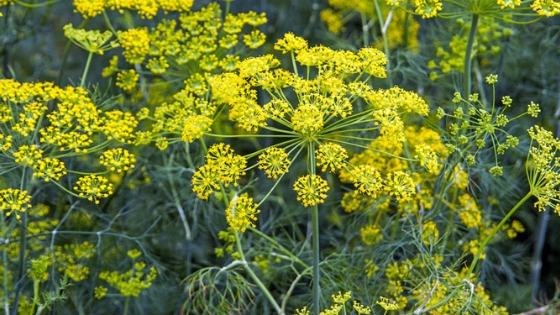 Fennel is a hardy plant that has been used since ancient times as both a medicinal herb and used in cooking and teas. Through the ages, many health claims have been made about fennel and drinking fennel tea is an established practice in traditional medicine throughout the world.

DID YOU KNOW… In the Middle Ages, on Midsummer’s night, people hung fennel over doorways to protect the household from evil spirits.

Fennel is used and taken in a variety of forms, seeds (fresh or dried), capsule form and teas. The herb contains many useful active ingredients such as Anethole (an antimicrobial, helps to kill germs), flavonoids and phenolic compounds which are antioxidants and anti-inflammatory compounds.

DID YOU KNOW… Fennel might look and taste similar to liquorice and anise, but they are not the same. In fact fennel is part of the carrot, celery and parsley family. The small flowers of wild fennel (known as fennel “pollen”) are the most potent form of fennel, but also the most expensive.

So why did we choose Organic Fennel seed?

Fennel is known for it’s soothing properties, helping to cool inflamed gums. Its antioxidant and-anti-inflammatory properties help to soothe sore gums and provides teething relief for infants.  So it made sense to include this wonder herb as an active ingredient in our teething gel.

We only use the best!

Bubbagum™ Natural Teething gel has been formulated and manufactured with the highest quality natural ingredients.  It was VERY important to make sure that Bubbagum™ is as natural as possible and made to the very highest Australia standards.